Many major and also smaller museums are represented on twitter. They show us (our) treasures and inspire us daily. With their different exhibitions on display, they also provide a new possible insight on our life. We can either agree or openly discuss a curator‘s approach and ask questions by simply sending a tweet to a museum.

The first “Follow a Museum Day” was started by Jim Richardson four years ago in 2010 and has since been celebrated on twitter every 1st of February. Richardsons basic idea of this virtual museum day can be found on his page:

»With respect to Mr Gates, this got me a little depressed, most museums on Twitter struggle to attract more then 500 followers. I started to think about how we can draw attention to the museums on Twitter, and get more people to consider following a museum. …« followamuseum.com 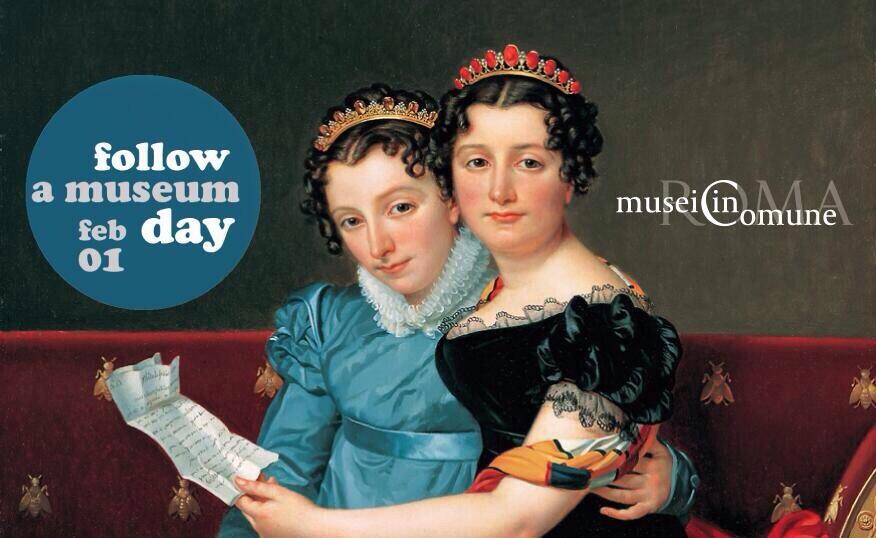 His idea continues to be relevant today. There are thousands of museums represented on twitter and other social media channels. Their follower numbers are increasing and many museums use twitter daily as a tool of communication. Twitter is still a young medium – perceived differently in each country.

This year, the Follow a Museum Day campaign started in January with the main aim to draw attention to the participating museums and their current exhibitions. The following means were used: What is my connection to the different museums? What are my expectations towards them? Today, we have the opportunity to communicate directly with museums – with their directors, curators and other members of staff – thanks to social media tools. At first glance, this form of communication appeals to be a very simple and convenient approach. However, an important question arises: How should the relation between “museum – visitor, visitor – museum” be like and how should it be shaped? Ultimately, this pattern of visitors/ social media users/ followers & museums results in a n entire new form of communication and the participants themselves determine individually the scope of interaction.

The »Follow a Museum Day« should be considered to be a communicative impetus and maybe act as a catalyst for new ideas and projects.

The online registration for museums started on 2nd January 2014. More than 129 museums from 18 different countries joined this year‘s Follow a Museum Day. Especially smaller museums really showed an effort in order to promote their exhibitions. All different kinds of museums were part of the Follow a Museum Day campaign, whereas the following three main categories were strikingly represented the most: More than 6.000 tweets were written and sent to the twitter timeline on the actual Follow a Museum Day 2014. All the tweets reached more than 18.84 million users. Campaign-related data (time period 2nd January – 4th February 2014):

The data relate to all tweets with the official Follow a Museum Day hashtag #followamuseum.

An introduction to the technique of aquatint etching – thanks for sharing online @MuseumModernArt #followamuseum http://t.co/8Cpgp7BcMt

I’m gathering many Italian museums in this updating Twitter list >https://t.co/I9160XrQK5 and also in regional specific ones! #followamuseum

The social media based project »Follow a Museum Day« demonstrates impressively that many twitter users have a keen interest in museums and therefore, special social media events may result in an above-average response, as well as an expanded tweet reach. What about the content quality? Does the participation of a museum automatically result in an additional value for their exhibition and their (potential) visitors? A selection of opinions can be found here:

It’s #FollowaMuseum Day on Twitter. Why not add some cultural chirps to your feed http://t.co/PmQafrriA9 pic.twitter.com/OYCNS8McWW

Many thanks & welcome to all our new followers! #followamuseum

Thanks everyone for all your recommendations today! And remember, every day is #followamuseum day 😉

Special thanks on Mrs ML and @plastemann